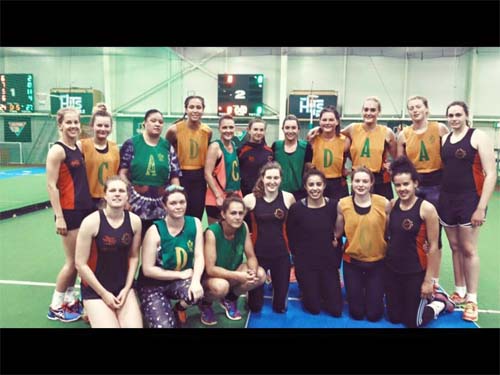 I am pleased to confirm that we sponsored Kellie Hull, a member of the England U21 Nets team, which competed in the World Championships in Wellington, New Zealand last month.

Nets is the indoor version of netball and is growing in popularity in England as well as Australia, New Zealand and South Africa.  The U21s competed in both the 6 and 7 a-side versions of the game and reached the semi-finals of both competitions.  Their opponents were Australia and they were unlucky to lose both matches by narrow margins.

We were especially pleased to be able to help Kellie travel to the finals as she has had some severe setbacks in her life.  Aged just 13 months she developed septic arthritis in her left ankle and within the last twelve months has suffered from meningitis and septicaemia in her right ankle.  To have overcome these problems and go on to represent her country must be extremely rewarding.

Kellie studied at Hartpury College and is currently studying Sports Development and Coaching at the University of Gloucester.