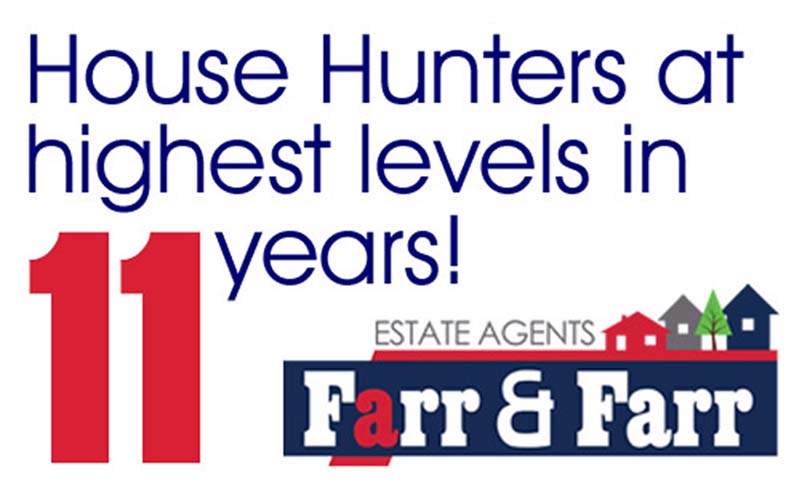 The number of house hunters has hit its highest level for eleven years.

The National Association of Estate Agents (NAEA) found that there had been a rise of 5% from June to July this year, with an average of 462 applicants per branch member office. They announced that this was the highest figure recorded since August 2004, when an average of 582 house hunters per branch was logged.

Supply of properties coming onto the market also increased by some 25% with branches averaging 55 properties available in July compared to 44 in June.

The number of first time buyers has fallen, however, and sales were taking longer to complete due to holiday commitments of both buyers and sellers during the summer months. The autumn is traditionally a popular time to move house and market activity is predicted to continue improving.

Interestingly, research by Halifax has found that purchasing a property with a mortgage actually works out cheaper than renting the same home. The lender calculated that renting an average three bedroomed house would work out at £722 per month whilst mortgage payments would cost a first time buyer just £666. Halifax suggests that this was the result of lower mortgage rates and rising rental charges.